EVENT CLOSED
Below you'll find the summary of this weekend. 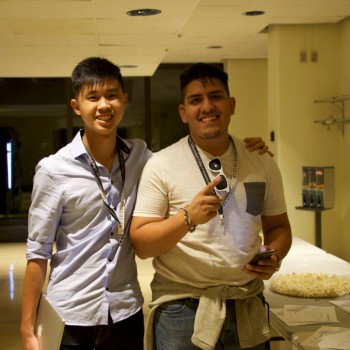 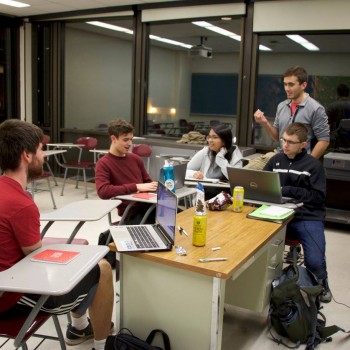 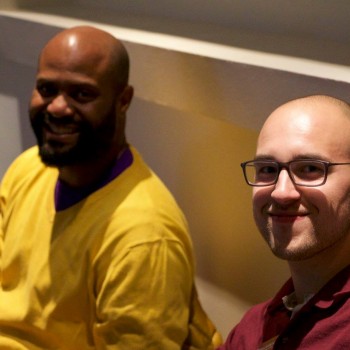 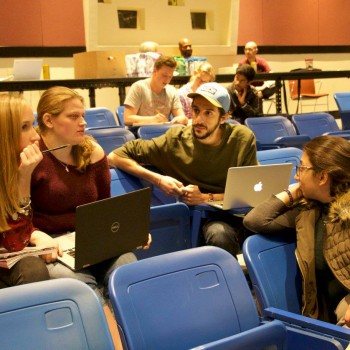 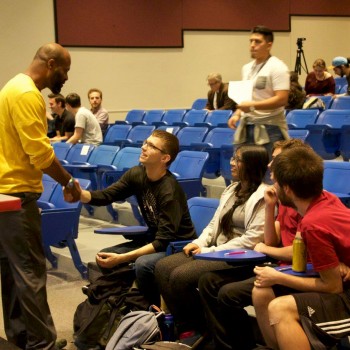 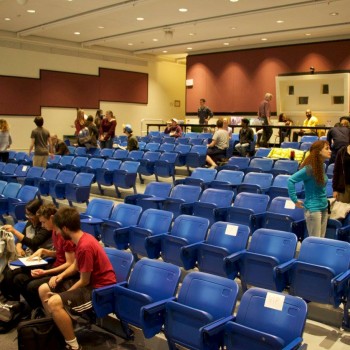 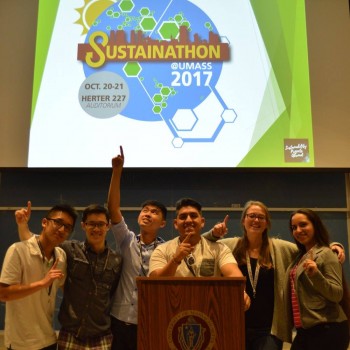 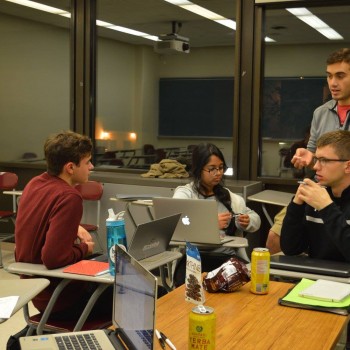 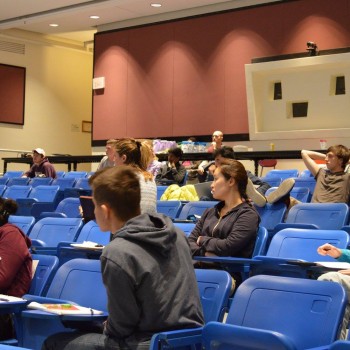 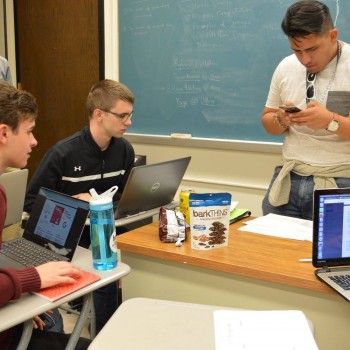 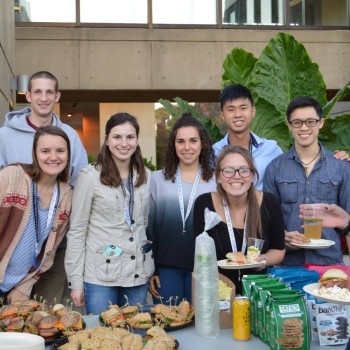 AMHERST — While many of their classmates participated in homecoming festivities, 23 students spent the weekend participating in the University of Massachusetts Amherst’s first everSustainathon@UMass. Nestled inside the drab classrooms of Herter Hall, these students competed for a chance to have their ideas funded by the Chancellor’s Sustainability Advisory Committee.

Sustainathon@UMass is hosted by Sustainability Projects Abroad and it is the group’s first major event since being founded in spring 2017. It was held on the second floor of Herter Hall and ran for 24 hours, from 7 p.m. on Oct. 20 to 7 p.m. on Oct. 21. The goal of Sustainathon is to tackle sustainability issues facing UMass. These issues include the overuse of to-go containers at Blue Wall and the lack of composting sites around campus.

Participants ranged from freshmen to graduate students, with a variety of majors including environmental science, chemistry and landscape architecture. All shared some interest in making UMass more sustainable.

Students were split up into six teams and given 24 hours to brainstorm and develop a pitch that would be recorded for a panel of judges to view at a later date.

While there is no specific announcement date, judging will take place over the next two weeks. After final deliberations a winner will be announced. The winning team will be connected with the appropriate UMass faculty members to assist in further research and developing their pitch into a full presentation. The presenters could receive funding upwards of $4,650 from the Chancellor’s Sustainability Advisory Committee.

The panel of judges will consist of UMass Sustainability Manager Ezra Small, Sustainability Program Director Craig Nicolson, Sustainability Engagement Coordinator Rebecca Schmidt, Isenberg School of Management professor Bogdan Prokopovych, and one other judge yet to be announced, according to Nick Duenas, co-organizer of of Sustainathon@UMass.

According to Chua, Sustainathon@UMass was modeled after a style of competition known as a “Creathon;” a marathon-style event that is similar to the format of the popular UMass software engineering marathonHackathon. Creathons place participants in pressure cooker environments, where they are given a problem and must create a solution in the span of 24 to 48 hours.

The idea for the event came to Chua last summer when he participated in a Smart Civic Participation Creathon hosted by 20Creathon, an organization based in the Netherlands.

Since then, Chua and fellow co-organizer Nick Duenas, a senior at UMass, have spent the last two months in contact with 20Creathon to organize a similar sustainability-themed competition.

“The main purpose was to spread sustainability, the idea of sustainability and to promote that anyone can instill change,” said Adaline Nuesse, communications director for Sustainability Projects Abroad. “It doesn’t have to be a big organization, it can be a small event like this that can still make change on campus.”

UMass senior and chemistry major Marzbed Margossian saw the event as a way to challenge himself and his understanding of what it means to have sustainable ideas applied to the real world.

“I wanted to see if I could go out of my personal boundaries and see if I could apply myself in a short time setting and see what it’s like to work with people around campus,” said Margossian.

Though the Sustainathon@UMass was primarily targeted to UMass students, Aniruddha Krishnamurthy, a first-year graduate student studying energy systems at Northeastern University, took a four-hour bus ride from Boston to partake in the event. He said that after moving to the United States almost two months ago, he looks for events like Sustainathon@UMass to avoid sitting idle at home.

“This is something that will add learning towards my program and my career, and this felt like a very unique event,” said Krishnamurthy.

At the end of the competition, teams stood on the auditorium stage of Herter 227 to deliver their final pitches in front of judges, other teams and via Facebook Live on the Sustainability Projects Abroad’s Facebook page. One by one, they gave their three-minute presentations and answered questions from Nicolson and Prokopovych, the two judges that could make the event, along with Duenas.

One team, made up of Krishnamurthy, junior environmental science major Genevieve Goebel, and freshman mechanical engineering major William Galipeau, proposed the creation of a documentary focused on the Southbridge landfill and its negative effects on the local water supply.

The Southbridge landfill is a dumping ground for UMass. In June, environmental groups filed a lawsuit against the Town of Southbridge, its disposal park, and Casella Waste Systems, claiming that the landfill polluted the groundwater in the nearby towns of Southbridge, Charlton and Sturbridge. The documentary aims to educate UMass students about where their trash goes after they throw it in the away.

With the positive reception Sustainability Projects Abroad received from participants and the connections made with faculty and university officials, the group hopes to continue Sustainathon@UMass as a yearly event.

20Creathon
Hengelosestraat 500
7521 AN Enschede
the Netherlands